Join SABA-NJ together with the SKN Foundation

Find a Job Before Graduation

SABA-NJ congratulates Senator Kamala Devi Harris on her historic nomination as the first South Asian and Black woman to be selected as Vice President on a major party ticket. Senator Harris delivered the keynote address at the 2013 SABA Annual Conference and has been a longtime supporter of our organization. Her mother, Shyamala Gopalan, arrived at the University of California Berkeley from India in 1959 with dreams of becoming a scientist. She met and fell in love with Donald Harris, professor emeritus at Stanford University. Senator Harris and her sister Maya – like millions of children of immigrants before and since – have worked hard, embraced American values, and made the necessary sacrifices to achieve their part of the American Dream. We congratulate Senator Harris on her selection. 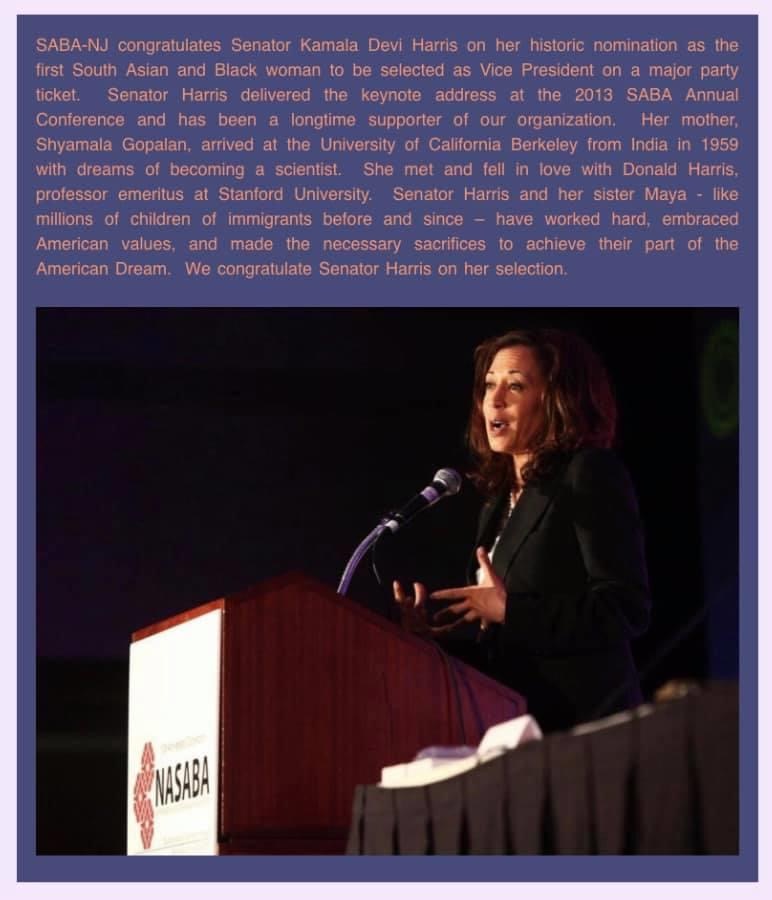